Many projects have been started or are well on the way. Which will come first to completion?

‘Playing chicken: the early history and modern revival of an ancient game’, in collaboration with Jane Badger, in Equestrian Sports, papers from the Historical Practices in Horsemanship conference 2020.

For special orders of the titles below, such as larger quantities, please contact the author. Where savings can be obtained on the shipment of mixed orders, a rebate will made.

Armour Never Wearies: Scale and Lamellar Armour in the West from the Bronze Age to the Nineteenth Century, The History Press, Srtoud 2013.

The Levantia Historical Guides are intended to provide practical assistance to people who want to make items for their historical recreations. The number has declined in recent years in part because further research has discounted some of the contents, and partly as more substantial publications by Timothy Dawson have since provided more and better information. Thus, in place of Guide 8 on lamellar, you are advised to consult Armour Never Wearies: a history of Scale and Lamellar armours in the West from the Bronze Age to the Nineteenth Century, while for much, much more information on clothing and accessories see By the Emperor’s Hand: Court and Military Dress in the Eastern Roman Empire, Pen and Sword Books, 2015. An expanded version of the Greek Dress and Textile Glossary of Guide 7 is also contained in this volume.

The booklets consist of 24 A5 pages with colour and black and white pictures and detailed diagrams explaining how to construct the items discussed to a high level of authenticity. 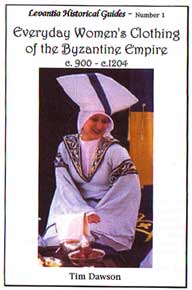 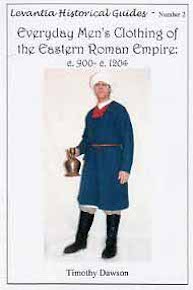 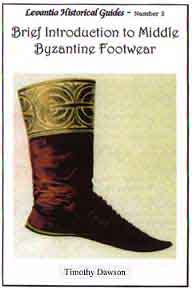 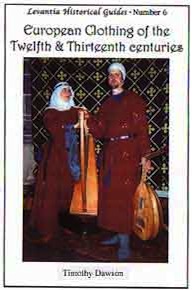 
Purchasers in Britain or Ausrtalia have the option the make direct bank payments, while for others there is PayPal. The PayPal ID is levantia@hotmail.com.