The habit of orthodox monks 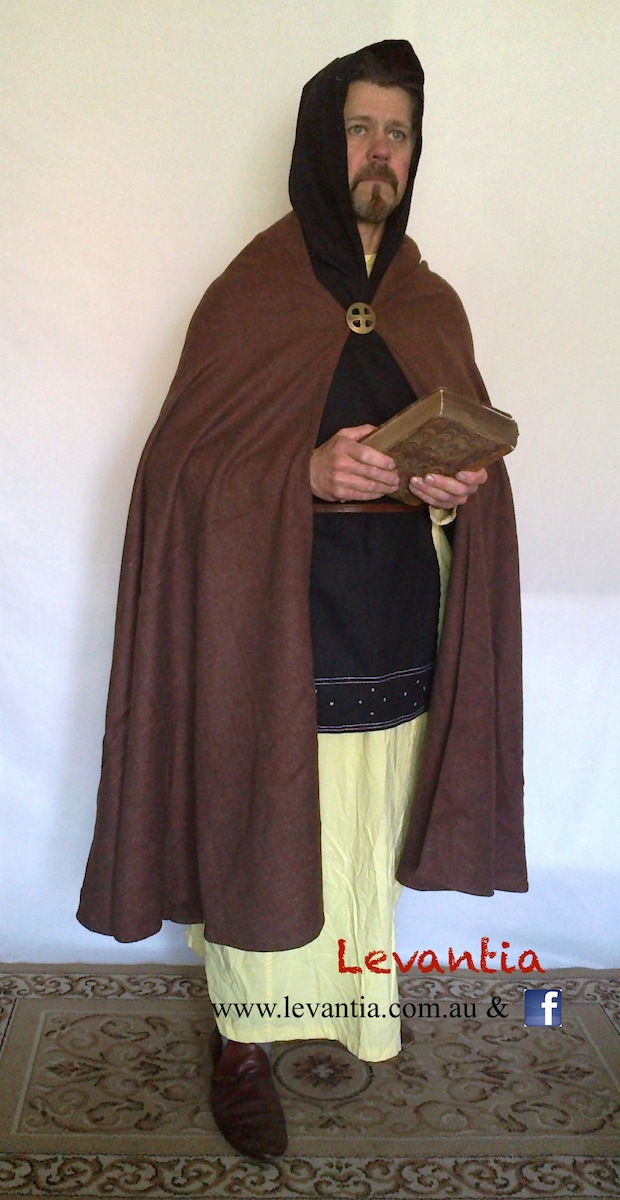 The monastic establishments of the Eastern Orthodox Church in the middle Byzantine period were not centrally organised into orders as under the Roman Church. Rather, each monastery was an independent self-governing entity. Despite this, the art of ther period shows that they adopted a remarkable consistency in their style of clothing. One of the most copious sources for pictures of monks is the Menologion of Basil II (Vatican gr. 1613) upon which this outfit is based.

The distinctive elements of a monastic habit are the anabolos or anabolion, a narrow “poncho” with a hood which was usually in black, but occasionally a very dark brown, and the mantion, a medium length semicircular cape worn fastened with a brooch on the centre of the chest. The main tunic could be coloured tan through to medium brown.