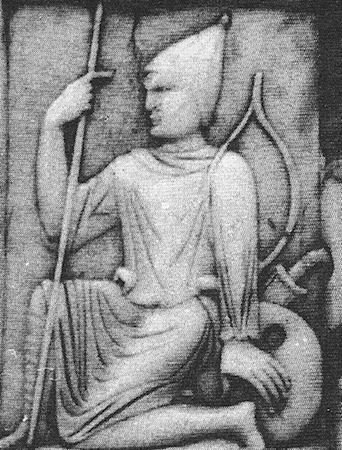 Several tenth-century military manuals mention the makhaira (μαχαίρα) as the side arm for light infantry. The word is simply the ancient term for knife, which carries a definite implication of it being single edged, but otherwise the texts afford limited information as to its precise nature, except that it is clearly shorter than the spathion. This archer carved on an ivory panel from a chest gives us something of an idea of what a middle Byzantine era makhaira looked like. With this somewhat familiar looking hilt, and the well-documented links between Constantinople and Germany in this period, it is tempting to think that the German messer might well owe something to the Byzantine makhaira.