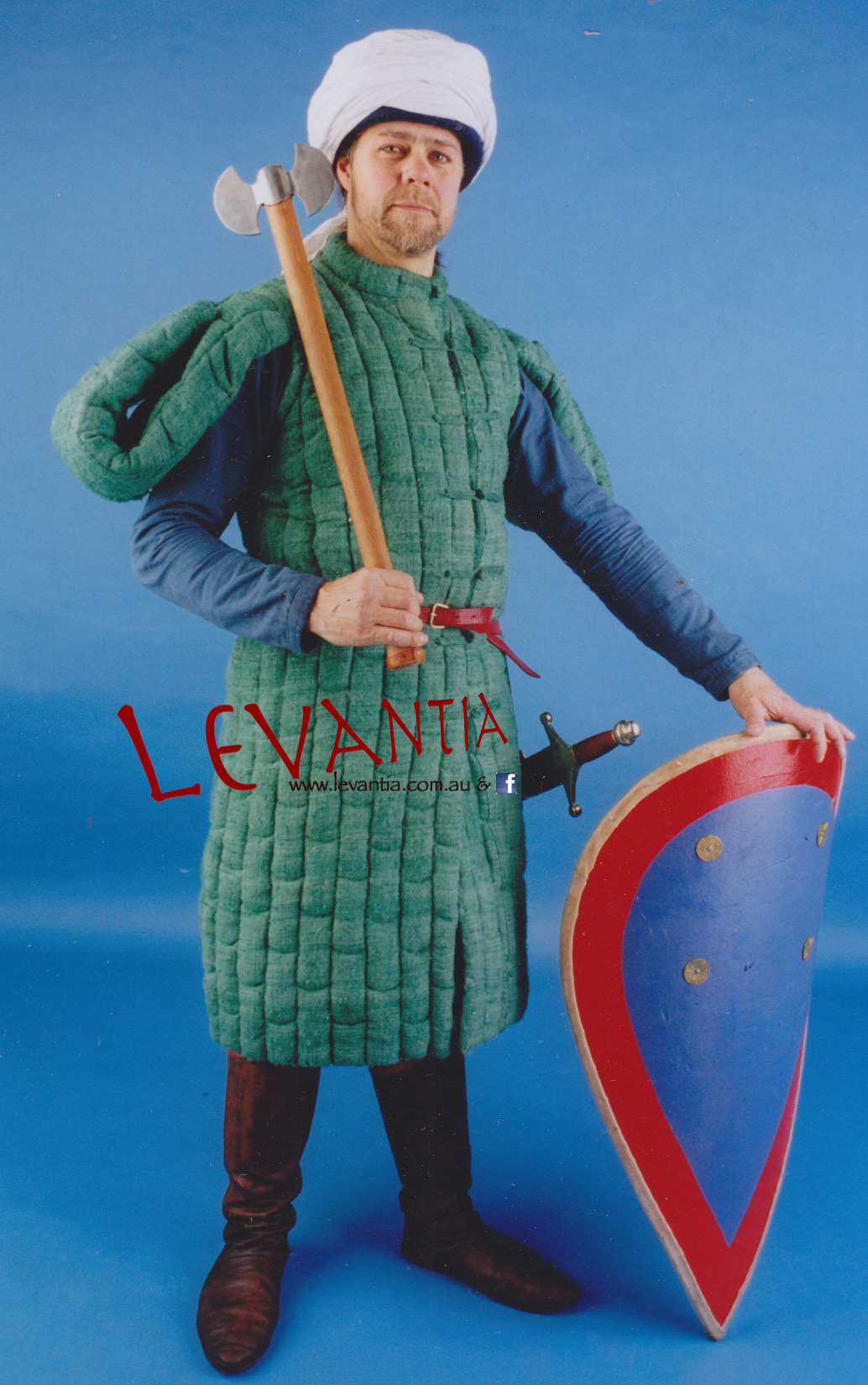 For the front line infantry the Composition on Warfare (I.3-4) describes a set of minimal equipment consisting of a turban over a thick felt cap and a coat (kavadion) made of coarse silk quilted with cotton wadding “as thick as can be stitched”. To avoid the encumbrance to movement that such a stiff, heavy garment would inflict, the arms are to pass out through openings in the armpits and the sleeves buttoned back to the shoulders. Leo’s Taktika is more optimistic, implying that such troops might have mail or lamellar, helmets and other armour.
This man also wears padded leggings, kampotouva or touvia and the type of boot probably called mouzakia in our source.1
These troops were to be armed with spears 4 to 5 metres long, “belt-hung swords” and an axe carried in a scabbard on the belt. This variety of axe is called a tzikourion.

Later sources imply that something very like this remained in use to the late twelfth century, and probably beyond.2