Heavy infantry of the twelfth century 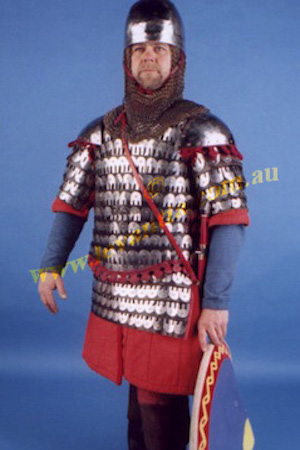 Although Emperor Leo expressed the aspiration in his Taktika that the best equipped foot-soldiers might have metal armour, in practice in that earlier period, lamellar was primarily for cavalry. A scattering of later pictures indicate that in the twelfth century more infantry had the benefit of this exceptionally effective armour. This example is primarily based upon a twelfth century fresco of Saint Nestôr in the Church of Saint Nikholas at Kastoria. The construction of this lamellar is unique to Byzantium, and the inverted lamellar sleeves and skirt are also distinctive to this century. 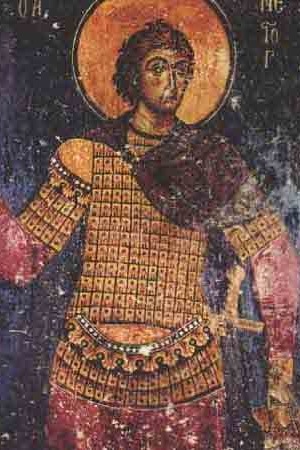 Anyone wishing a more complete discussion should see my article ‘Kremasmata, Kabadion, Klibanion’ in Byzantine and Modern Greek Studies, number 22 (1998), available as a PDF download elsewhere on this site.