The essential references for this page are H. J. Murray's A History of Chess and A History of Boardgames other than Chess.

Stomakhion (στομαχίον) is an ancient mathematical puzzle. Its pieces may be all cut from a single square of material. The simplest use to re-assemble the square without reference to a guide to the finished arrangement. Otherwise, the pieces may be used to make stylised images representing animals, birds or whatever the player’s imagination can make of it. 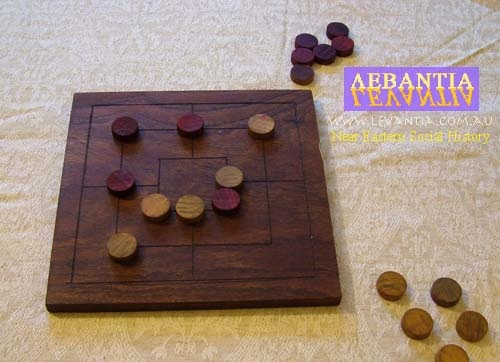 The family of games known as “merells” or “morris” in recent English is one of the oldest known to us. The earliest examples are found in ancient Egypt. The game was called triôdion (τριωδίον) in Byzantine Greek.

Rules for triôdion are thus:

Many variants are nowadays played under the umbrella of the term “backgammon”. In the past some variants, at least, were culturally specific. The rules which might be said to be “standard” modern backgammon were originally the Persian variety called nard. The Roman version was tabellus (Latin) or tavla (τάβλα, Greek). 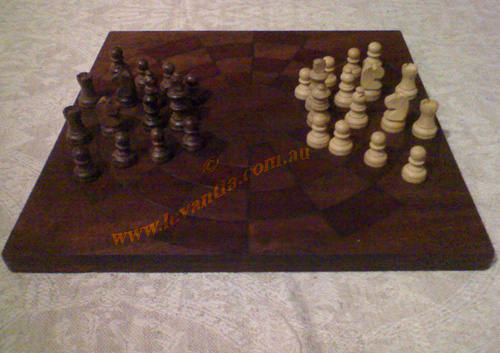 Rômania had a distinctive form of chess, played on an annular board with the same number of divisions as the square one. While scattered literary references and diagrams of the board and starting layout for Byzantine chess survive (as shown), there is no record of what rules it might have had that were distinct from other forms of chess, except the obvious observation that as the board has no end, no piece can be queened. Modern rules can be used.

No definitely identifiable zatrikon pieces have been found, but the picture in the Book of Games of Alphonso X of Spain indicates some similarities with these modern forms.