Furniture in the middle byzantine era

Furniture in the middle ages was a rare thing for all the but the wealthiest classes, both in the East and the West.1  For the wealthier people of Rômania, furniture came in two types. In palaces and affluent church establishments there were solid, immovable pieces — tables, benches and chairs and so on made of heavy timber. Perhaps more common was lighter furniture which was made to be folded up and put away to make limited space more flexible. Both these styles of furniture made extensive use of turned components. 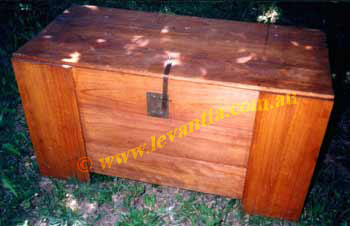 When a household had more smaller property that it needed to use on a daily basis, it obviously required storage. Chests like this are illustrated in manuscripts and referred to in literary sources. They could be covered with leather.2 Multitudes of keys have been found all over the territory once ruled from Rome and Constantinople, and many locks. An example of a particularly well preserved padlock was found in the Serçe Limani shipwreck. (Off site link) 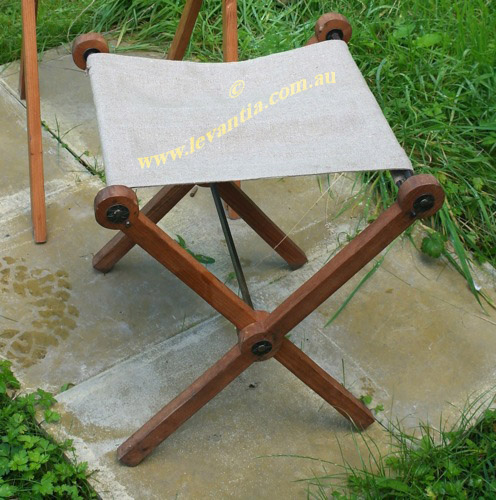 Folding stools like this were in common use from early Roman era. Many have been found in archaeological sites, often made entirely of iron for compactness and ease of carriage. This example is based upon eleventh century manuscript pictures. 3 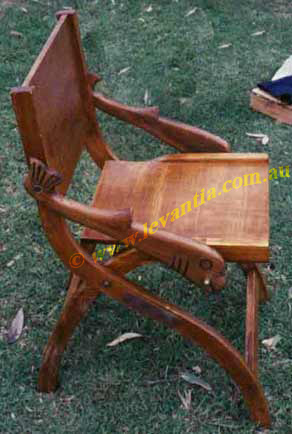 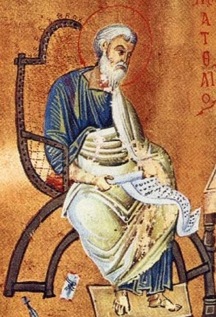 This more elegant and comfortable type of folding chair was in use from the first century CE if not earlier, and continued to be illustrated into the eleventh century.4 As with x-stools, chairs of this type might also be made as solid items whilst retaining the form of a folding item, as in the pictures below. 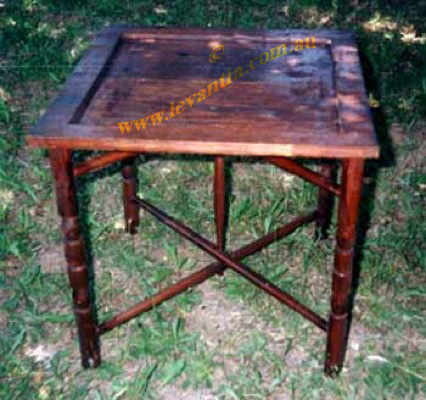 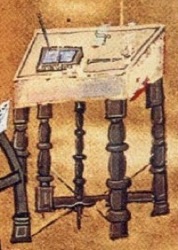 This form of table is very commonly illustrated in tenth and eleventh century evangelist portraits.5 Folding tables which must be rather larger are referred to in the imperial encampment list drawn up by Emperor Constantine Porfurogennêtos.2 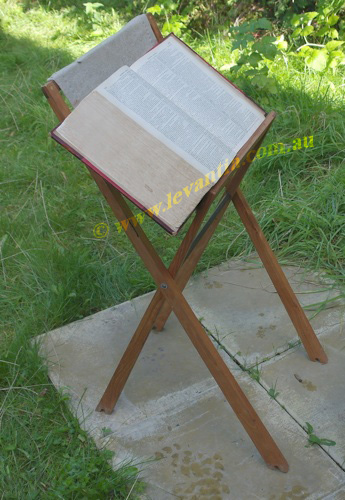 The same structure that made the folding stool shown above, pivoting frames and a cloth sling, was also used to make portable lecterns, a practice which continued to very recent times. The static type of lectern shown in evangelist portraits could have very complicated and sophisticated adjustable structures. (See one of the pictures in ‘A Day with Iôannis’.) 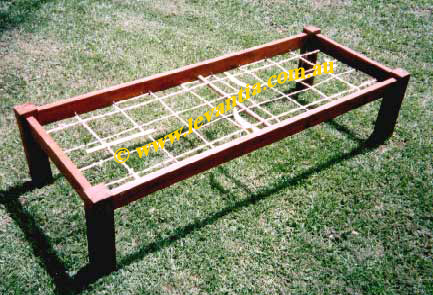 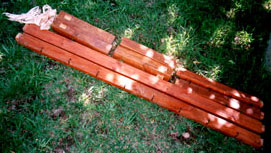 Beds are conspicuously absent from the domestic and monastic records collected by Oikonomidès (see note one), but they are depicted in manuscripts,6 and folding beds are listed in the imperial baggage of the mid-tenth century.7 The same was probably true of the royals and high aristocrats who went on hunting expeditions. This bed is a possible method for such camp beds. Once assembled, the tensioning of the cords holds the mortise and tenon joints tight. 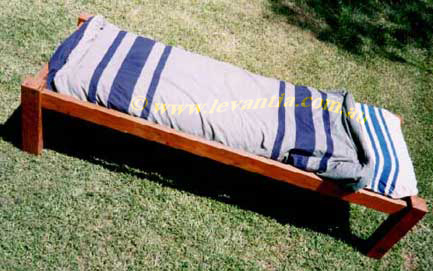 Most people, including travellers, slept in bedding laid out upon sleeping platforms (see the domestic architecture page), or on the floor or the ground. This set of bedding is based upon travellers’ bedrolls shown in an eleventh century manuscript,8 but this motif of triplets of stripes is the most common decoration illustrated on domestic and furnishing textiles throughout the “middle Byzantine” period. 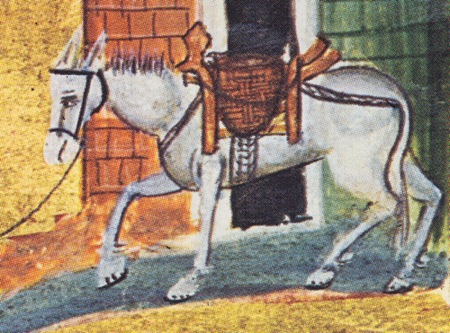 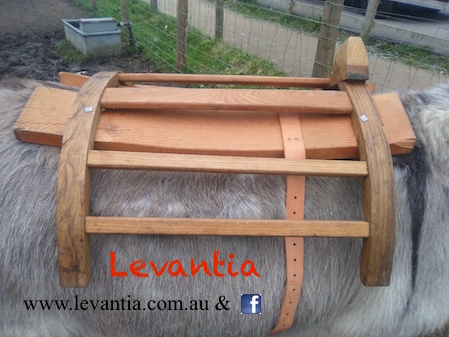 The famous network of roads built by the Roman Empire in the late-republican and early imperial periods had suffered neglect from the contraction of society after the end of Late Antiquity, and even in its heyday had not extended into more mountainous regions. Thus, while wagons could be used in some areas, more adaptable transportation was provided by pack animals. This eleventh-century manuscript9 provides some fine, detailed views of baggage saddles of the time, and shows that an important secondary use was as seating when travellers were encamped.

More on riding saddles in both East and West can be found in the equestrian page of this website, and at Timothy Dawson’s Seats of Empire website (new window).

all replicas made by Timothy Dawson