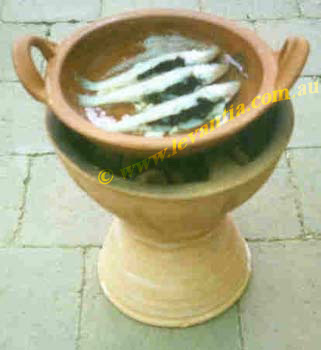 This ceramic brazier is based upon f. 98 r and f.101v of Sinai Greek manuscipt 1186 of the early C11th. It is closely related to almost identical examples surviving from third century China1 and medieval al-Andalus.2  A more squat type is still in use in Morocco.

Over the gentler heat of charcoal, where open fire cookery is best done, ceramic pots may be used, whereas the heat of flames is too severe and causes they material to fracture. Such were the basic equipment of any medieval kitchen east or west. The dish being cooked is whole garfish stuffed with basil and sliced black olives, fried gently in olive oil and chopped garlic. Delicious! Other delicious dishes can be found in A Taste of Constantinople and A Taste of Byzantium

Replicas by Alex DeVoss of Flaming Gargoyle Pottery to specifications by Timothy Dawson.

A wealthy household might have a brazier made of bronze (left) as shown in an eleventh century manuscript, Vatican Urb. gr. 2, f. 167v (right). 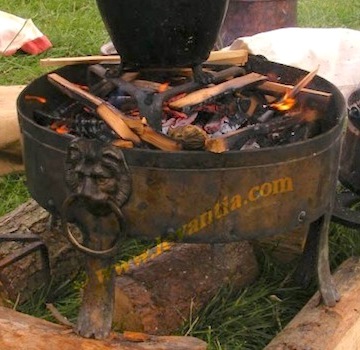 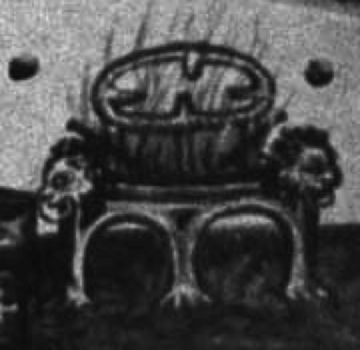 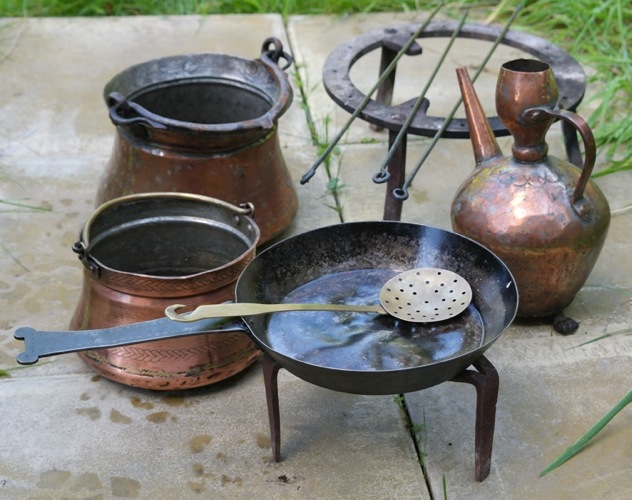 Wealthier households might also have metal cookware. The prevalent material for pots was copper, often tinned, with bronze and iron occurring less often. The jug is in the style of examples found in Sardis and Corinth. Perforated spoons like the one shown here are the single most common cooking utensil found in antique and medieval archaeological sites, more often in iron than the brass used here.3