Cultural interplay in the Levant and Caucasus 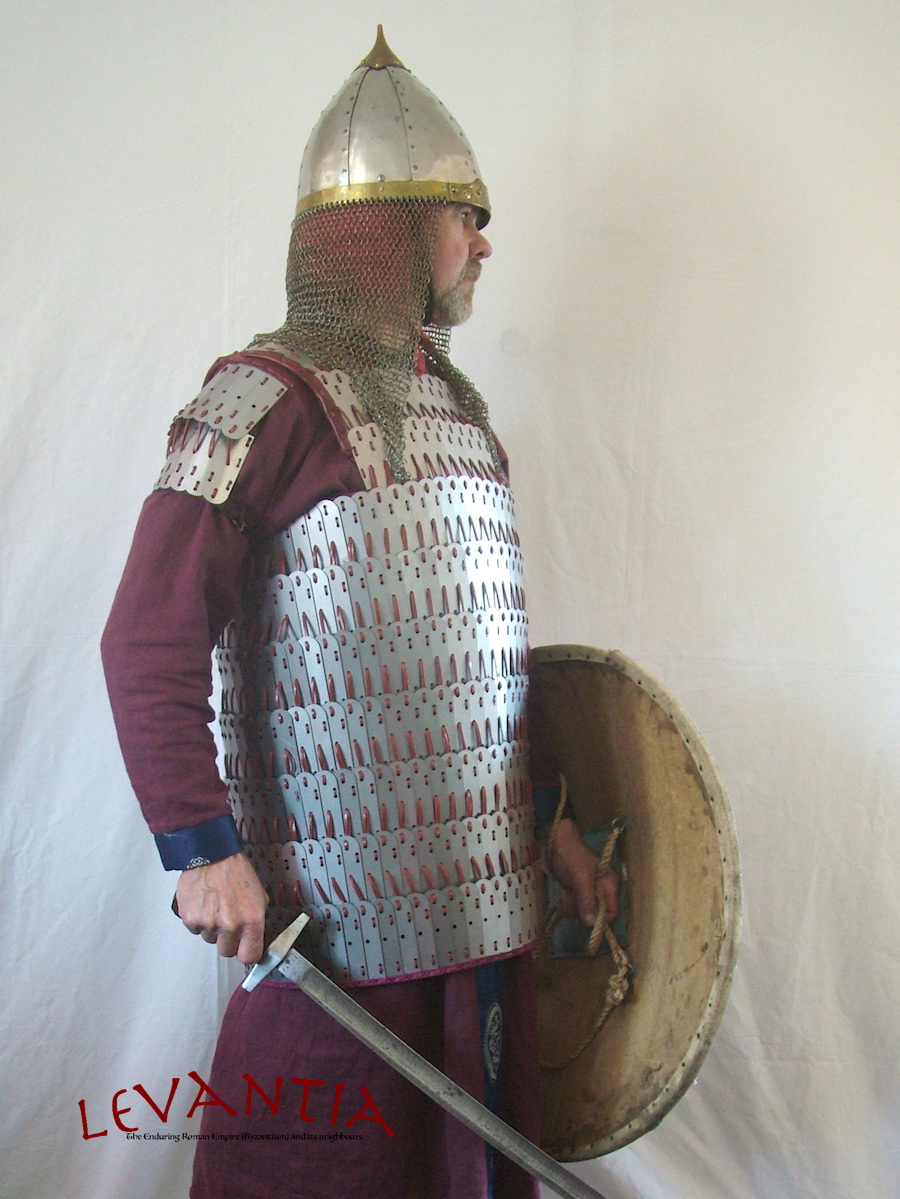 Mouse-on or click for a picture of the characteristic manner in which this armour folds up. 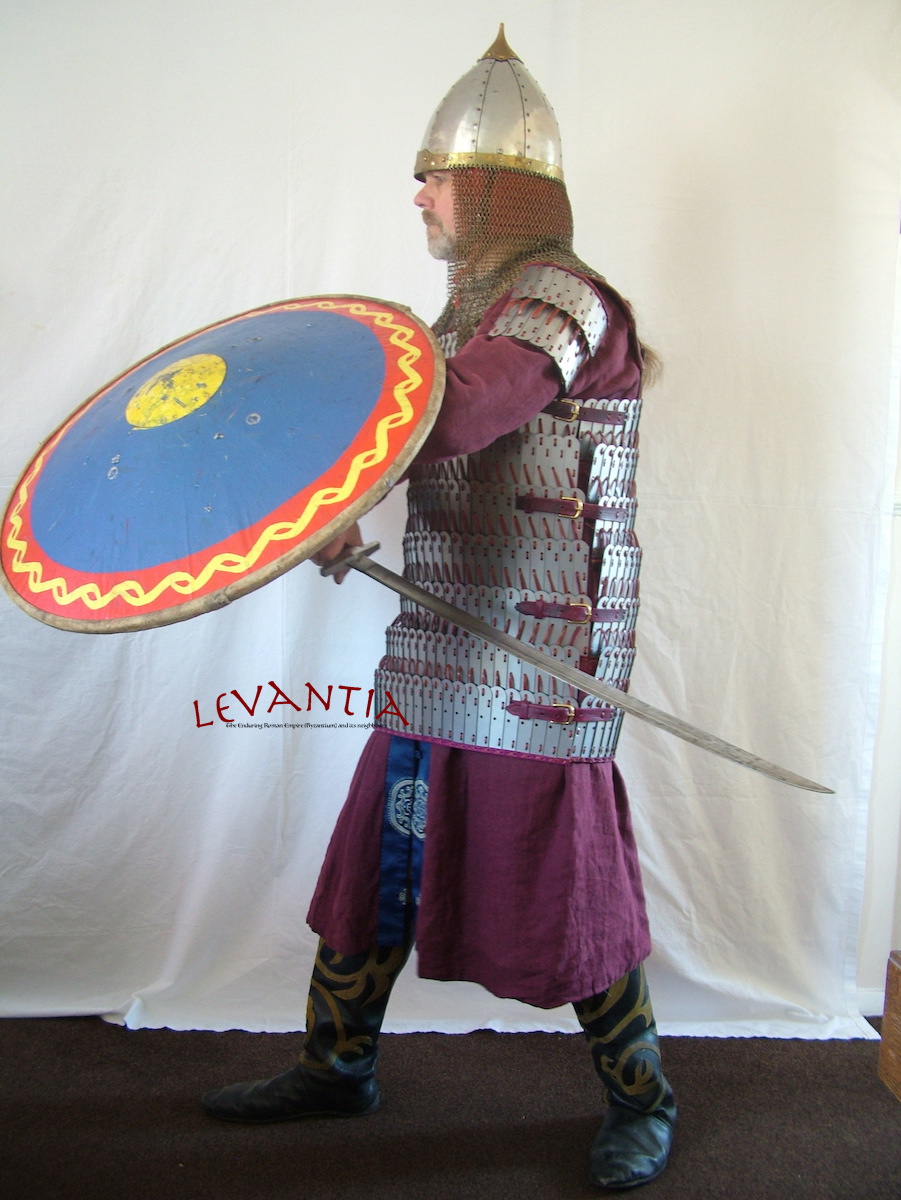 Mouse-on or click for detail of the shoulder arrangement that is typical of medieval lamellar.

So, who is this man?

One of the things that made the Roman Empire so enduring was it capacity to absorb and integrate not only people from elsewhere, but also selected cultural practices when they were recognised as useful, and to do so without necessarily losing its grasp of the older good and useful things in its own history and culture.
Yet, no society in the Levant and Caucasus was static and impervious, and the life and death imperatives meant that military equipment and its styles tended to be more mobile than other cultural elements.

This warrior represents one way that cultural permeability might be expressed in the eleventh to thirteenth centuries. At sight, only the most tentative guesses could be made as to his ethnicity. The fabric of his armour is the variety of lamellar that was used the most widely (Eastern Europe to China) and for the longest period of time (fifth century CE, or earlier, to the early modern era). It is not the form developed by metropolitan Romans, but it is shown in Roman use in the Eastern provinces in the eleventh century.1
His helm has been found as surviving examples across the Caucasus and also appears illustrated in Byzantine manuscripts.2.
Similarly, his convex round shield and slightly curved sabre were equally favoured by many people.
Potentially the most distinctive aspect of his appearance is the appliquéed boots. These are most associated with the Seljuk Turks, but here, they might be explained by the man being a Rômios living in that part of Anatolia within the “Sultanate of the Rum (e.i. Romans)” in the twelfth century who had taken on some of the ruling class’ fashions.
He might, therefore, be Roman, Turkish, Armenian, Georgian, or Russian. How else would you tell where he originated? Talking to him might help, but multilinguality is another common feature of the region, so even then you might need a very good ear for accents, whatever language you might hear him speak.

In the end, perhaps you just have to hope that the person paying his wages is the same as yours!