Axes as everyday tools (far right) continued to be known by traditional Greek terms like axinê, but also as distralion, from the Latin, dextralis. 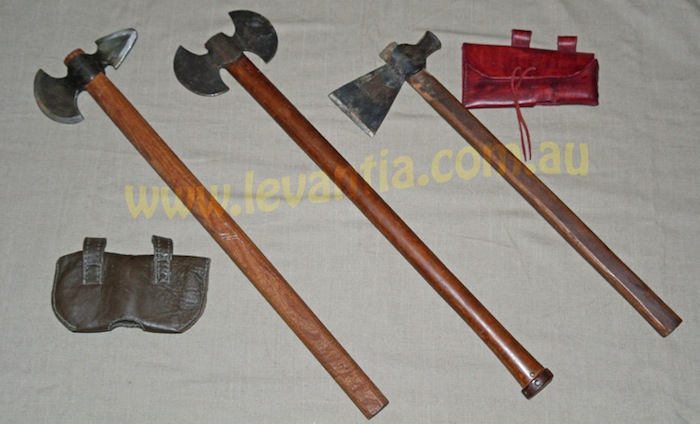 Battle axes, however, which were essentially defined by having two blades, were called tzikourion, another Hellenisation from the Latin securis. Pictures show they could be symmetrical, while the Taktika of Leo says one blade should be “like that of (the point of) a sword”. Axes were normally confined to infantry, and the manuals say they were to be carried in leather holsters hung from the belt.