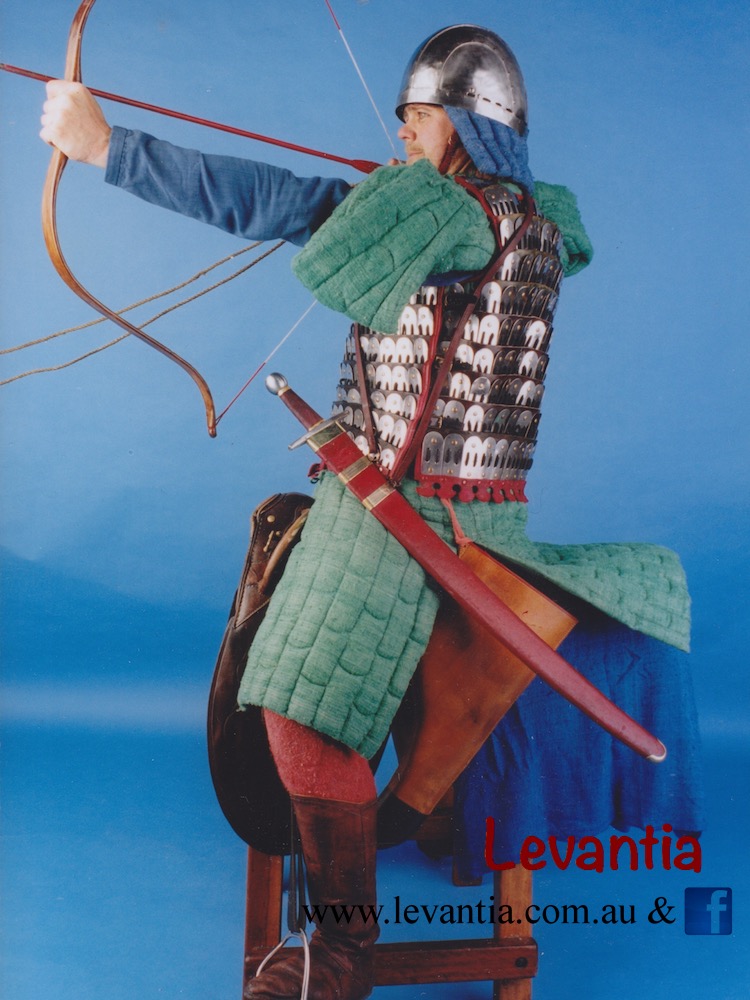 Mouse on or click for a picture of a dismounted archery in the lighter version of the equipment. 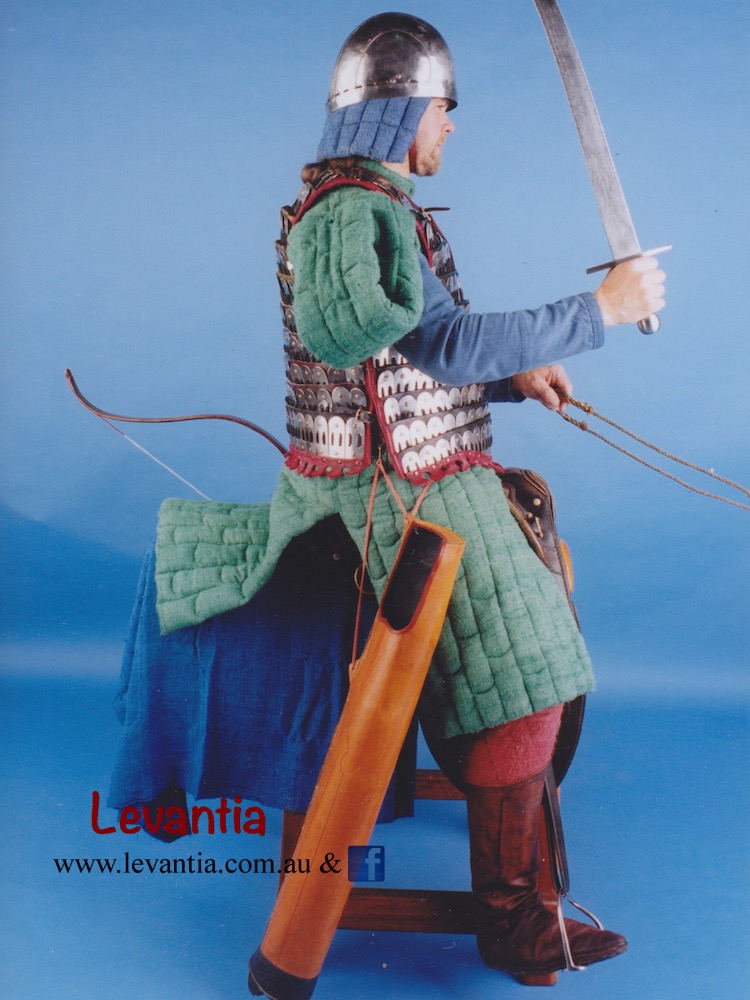 Mouse on or click for an example of the type of saddle used by the Rômiosi. This one is adapted from the modern version of the steppe saddle — the “universal pattern military saddle”.

The Composition on Warfare (III.8) says that a horse archer should wear a helm, lamellar klivanion and padded coat (kavadion) which protect his legs and part of his horse. The cut of this coat is based upon one found in a grave in the Caucasus.1 Its skirt divided into three panels is the only practical way such a heavily padded coat could be made to achieve that effect. A solid skirt of heavy padding would be impossibly clumsy.
The manual also mentions these men making sorties more lightly equipped in gear identical to the most basic kit of the line infantry — just the coat and turban — when their aim was fast scouting.
See other pages on this site for more details of the helm and armour.

The genius of the Romans was to be able to recognise the virtues of the practices of other nations and absorb them. By the tenth century, archery techniques many people would associate with Central Asia or Turks or Mongols, such as the thumb draw, strung bowcases and closed box quivers, had been firmly established in Roman use for centuries.

The saddle in the main pictures is a modern Australian stock saddle, but less different from those in use in Rômania at this time than the way military saddles were developing in Western Europe in the same era.

Such an archer might also carry a modestly sized round shield, omitted here for clarity. When rigged suitably, it does not impede shooting. 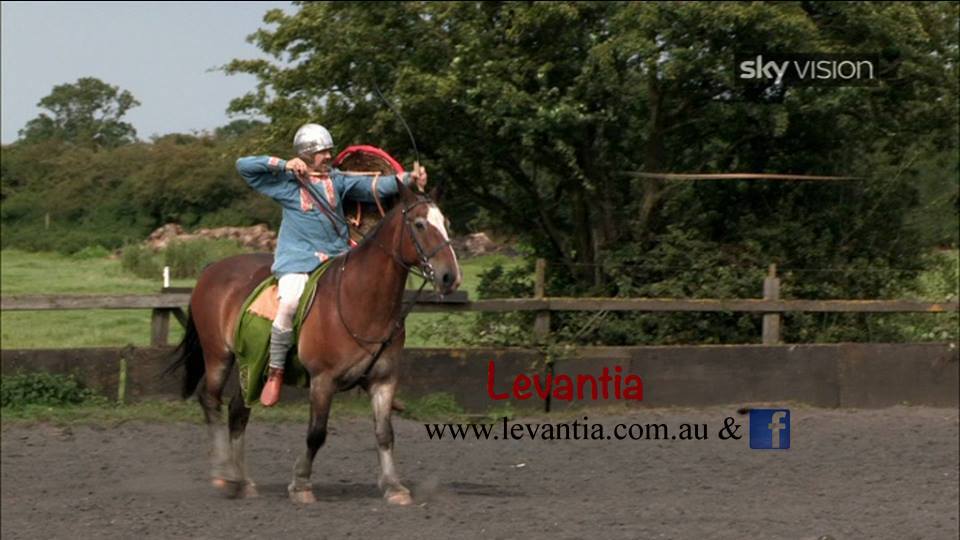 The author filmed in training for ‘Battle of Legend’, part of the Weekend Warriors TV series. The blurry streak at the right is the departing arrow.